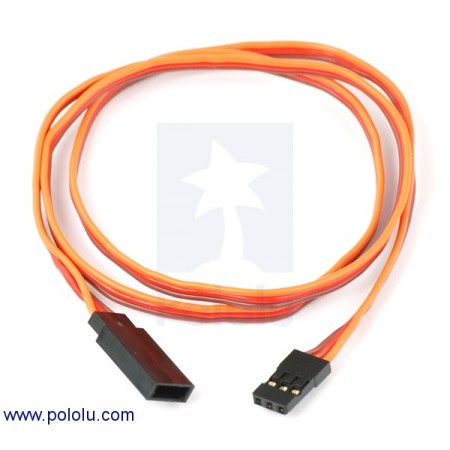 Discontinuation Notice: This product has been discontinued. Please consider the Pololu servo extension cable as alternative.

Note: The cable’s female connector is the same as what is found on most generic servos and fits nicely with 0.1" male headers, but is often referred to as “male” in the RC hobby industry. Likewise, the cable’s male connector is often referred to as “female” in the hobby industry because of the outer shroud, even though it internally consists of three male pins. The pictures below show the cable connectors labeled with the gender convention.